It’s been a bit since my last #writingpromptwednesday since I haven’t had much time to write anything.

As I was reflecting on the struggles we’ve been going through and trying to see the positives I came up with this idea:

Personal anecdote, poem, short story, or novel, I’d love to hear what you have to say.
You can respond here in the comments, on Instagram, or Facebook.

Prompt: A house plant is dying. Tell it why it needs to live.

I thought we had a mutual understanding. You keep growing, I keep gloating.

For the last seven months I have received an odd satisfaction when I see your green leaves, knowing Liam was wrong when he said I was too irresponsible to keep even a plant alive. Some may say it’s ridiculous to always be posing for my selfies with you in the background, but my hope that he will see you thriving keeps the tradition going. You could very well be the most featured plant on Instagram. Isn’t that worth living for?

You were supposed to be a sturdy plant, an impossible to kill plant. This can’t be the only time in my life I achieve the impossible. So if you want to do a girl a solid and, you know, not die that would be great.

3/14/18 Prompt: You have a time machine, but it can only go back in time two days. What would you change? 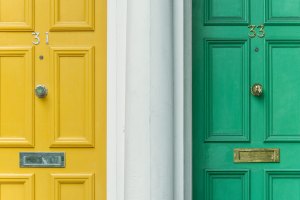 By the look on Jana’s face as she opened to door to apartment 31, you’d have thought she’d seen a ghost. From her perspective, she was looking at a ghost.

“You disappear for nearly two years and suddenly you’re back for your phone charger?”

“What are you talking about?” Sadie asked as she walked back towards Jana. “I was here yesterday. I just spent the night at Sam’s.”

“Sadie, stop messing around!” Jana’s voice was starting to tremble. “You left. You left last April. You ran off in the middle of the night, changed your number, deleted your Facebook. I thought you were dead!”

“You’re scaring me,” Sadie said as she realized her roommate of nearly four years wasn’t joking.

“You don’t really believe you were here yesterday do you?”

“You don’t really think I’ve been gone for two years do you?”

“Sadie, I don’t have a boyfriend.”

Still unsure how the formatting will work best on this so bear with me as I experiment with different options each week!

Prompt: A man jumps from the 40th floor or a building. As he passes the 28th floor he hears a phone ring and regrets that he jumped. Why?

My response: His eyes closed softly and the wind blew freely through his hair.  This is surely how birds feel while flying he thought to himself. A smile grew across his face as he realized this was the best he had felt in many years. Nothing could take this joy away; it would be the last thing he felt. The ground grew closer as he plummeted through the sky, but he was blissfully unaware. A familiar tune began to chime, his phone vibrated in his vest pocket, and his peace was disrupted. How is it that even in death the world can ruin my happiness?  Anger grew inside him. His 5.64 second fall was coming to a close. He wanted so desperately to feel the weightless elation again but it was gone. He had chosen the wrong way to go and nothing could stop this last mistake.

Favorite Reader Response: @ittybittykitty on Instagram “He should of called his parents before he did that and said he loved them.” 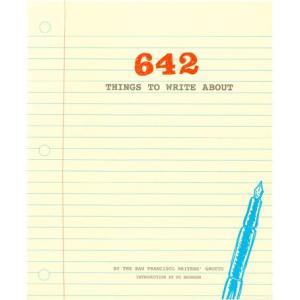 Then I started my novel and literally only completed one prompt. ONE.

So I propose another themed day…Writing Prompt Wednesday!

Each week I will choose a prompt and share it with my audience. Throughout the day I would love to see what others write in response to the prompt. At the end of the day I will share my take. It may be a few sentences, it may require an entire blog post to itself. We’ll see how it goes!

I’m cheating with the first one and will share my response from a year ago on the following prompt:

A man jumps from the 40th floor or a building. As he passes the 28th floor he hears a phone ring and regrets that he jumped. Why?

You can respond here on the blog or on my Facebook Page. So what’s the story?

Hello! I’m Kelsey, mom by day aspiring author by night. I released my first novel You Will Never Be Him in December 2017. Life has had other plans for 2018 outside of writing, but I have several works in progress I hope to release in 2019. I live in the DFW area with my family…[more] 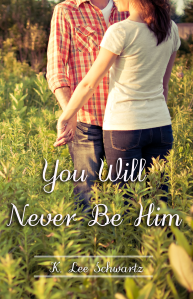 When I’m Not Writing…

All the fun legal stuff can be found –> here!